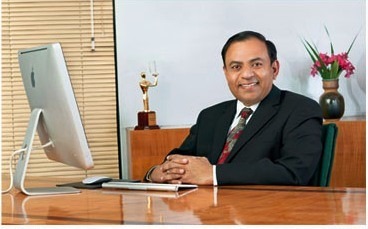 “Education” is not meant merely to earn a degree; rather it’s an earnest pursuit of nurturing Academic, Co-Academic, Careerist & Global Citizenry Traits that foster attainment of Life Goals”

A self-motivated, Visionary, a dynamic grass root leader, a thinker, a philosopher, a philanthropist and a great human being, who was driven by National Aspirations with Global Outlook and an ardent hard worker, the Founder President and the Managing Trustee of Shree Krishna Educational & Charitable Trust, Shri Jagdishbhai D Patel has been an embodiment of Devotion, Commitment, Passion for the Purpose, pursuit for Excellence and relentless actions. Over the decades, he has developed himself into pro-active administrator and mastered the great sense of development of infrastructure and execution of mega-projects associated with educational, healthcare and social sector through his unique model consisting of Conception, Collaboration, Strategic Execution, completion of the projects & make them self-sustained, progressive institutions in tune with the advances of the world.

The missed opportunity, during his younger days, lead him to an altruistic introspection into professional education and he realized that, it was time to work for an equitable technical education. It’s here that, the mission of developing a Holistic Campus to provide quality professional education was conceived and the BITS Edu Campus’ was established in 2003. Till date, the campus hosted the most sought after Six Affiliating Institutions offering programs in Engineering, Pharmacy, Nursing, Physiotherapy, Ayurveda and Pure Science programs, both at UG & PG level. Right from the inception the number of Freeships and Scholarships have been instituted and amount of Rs. 6.5 Crores has been spent in last five years.

He has been actively contributing for the cause of Service to the Mankind in several organizations. He is the Founder and Promoter of Dr. Kiran C. Patel Medical College & Research Institute, Bharuch. He has been the Vice-President of Shri Sourashtra Leuva Patel Seva Samaj, Vadodara, Trustee on RMS Hospital, Dhandhuka, Kelavani Dham, Sardar Dham, Ahmedabad, Shree Siddhivinayak Temple, to name a few.

He is the recipient of number of Awards. Some of the significant one includes, Education Leadership Award, Global Education Excellence Award, Samaj Ratna Award, Indira Gandhi Shiksha Shiromani Award, Shiksha Bharti Award and Samaj Gaurav Award. He is also appointed as a member of Fee Regulatory Committee (Technical) by Government of Gujarat for the period of 2020-to-2023.

His dynamism is driven by his Pursuit for Newer Horizons. Having imbibed Deep Rooted Values, Robust Systems for Functioning, Thrust for Quality & Excellence & having attained several milestones in 16 years of its existence, the SKECT dedicates Drs Kiran & Pallavi Patel Global University to the Nation for the greater cause of higher professional education. 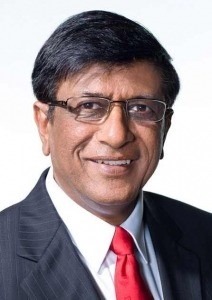 Being an Indian-American, coming from Gujarat, having studied in University of London, having had medical training at Medical College in Gujarat, having had advanced medical education in America, having been in practice of Cardiology for over four decades in US and having travelled across the globe, Dr Kiran C Patel, has witnessed the changing paradigms of higher education & healthcare fostered with the ethos of Service to the Humankind and has been keenly observing its impact world over, especially in the context of his motherland, India. In recognition of his efforts in Indianization of Global Ethos, the Govt. of India has facilitated him with Pravasi Bharatiya Samman.

He has been making earnest endeavors to enhance the standards of higher education with high quality, career driven, globalized pedagogy in the centers of excellence. Towards this end, he has established number of centers of importance worldwide to name few of the significant one are, Nova Southeastern University, University of South Florida, Centre for Global Solutions at US, Centre for Sustainable Development at IIT Gandhinagar. He has been instrumental in establishing Dr Kiran Patel Medical College & Research Center, Bharuch, Gujarat. He has contributed over $ 800 million in charity for the said cause. India has been at the centre of active collaboration in all these centers.

To further his aspirations for the people of India and Gujarat more objectively, he ideated the establishment of Drs Kiran & Pallavi Patel Global University at Vernama, Vadodara under the sponsorship of Shree Krishna Education & Charitable Trust, that has envisaged to transform the higher education that stands transposed at the 21st Century, facing challenges posed by advances in science and technology and dynamics of societal change.

He asserts that, this university shall be the Gateway to Global Excellence in its true sense. 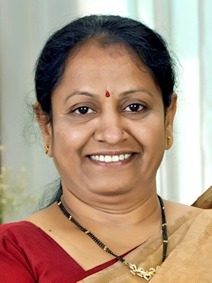 ”Every woman is strong, an embodiment of strength & sacrifice; Empower her with equity; she shall nurture the humankind”

An enthusiastic leader committed for the cause of social upliftment and women empowerment through education, skilling & healthcare, Smt Kamalben J Patel has been the Founder Trustee of Shree Krishna Educational & Charitable Trust (SKECT), Vadodara and has since then shared its vision of Serving the Cause of Higher Education, Health Care and Service to the mankind.

She has been associated with number of educational institutions, industrial units and NGOs.  She has been actively participating in socio-cultural activities of the constituent institutions and has been striving for holistic development of students. She is the promoter of Dr Kiran C Patel Medical College and Research Institute (KMCRI), Bharuch, Vadodara. She has been the part of that collective dream of establishing the University of Eminence and has played significant role in establishing Drs Kiran & Pallavi Patel Global University (KPGU), Vadodara which has been envisaged to be an organization of Universal Eminence ensuring incremental growth of all the stakeholders under its flagship. 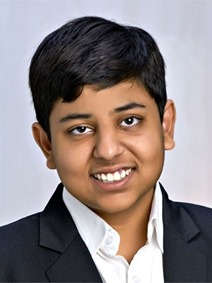 He is sensitive to cultural diversity and encourages outreach programs that enhance greater inter action between communities and students. He has been furthering & enriching Institutional Social Responsibility (ISR) activities in all the organizations he has been associated with.

He endorses the fact that, the KPGU, Vadodara will not leave any stone unturned to make it an University of Global Eminence to the advantage of students. 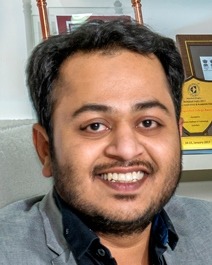 “One, who is willing to accept, adapt & ensure behavioral modifications in concurrence with the changing dynamics of the globalized world, can alone succeed & progress”

An Youthful and visionary leader, an educationist with remarkable zeal and intense commitment for quality and excellence, the Chairman of the BITS Edu Campus, Shri Dhruvkumar J Patel, has been providing Second-in-Command Leadership under the flagship.

He has been fostering institutionalization of national aspirations in consonance with international expectations in curricula, pedagogy, faculty empowerment and collaborative initiatives to meet and exceed the expectations of the stakeholders.

He has been nurturing innovations, funded research, startups and has been instrumental in International Collaborations.

He asserts that the facets of education, governance & functioning so accomplished over the years, shall pave the way in realization of KPGU-Vision-2040 that has been envisaged by Drs Kiran & Pallavi Patel Global University.

Join Us For Information About New Student Admissions